5'5, broad shoulders. Yellowish, sickly skin. Heavily freckled face and body. Bright green eyes, ginger messy hair. Asymmetrical ears. Fell on her face when emerging in the Temple of Sacred Ashes, earning a scar on her nose and a wide gash on right cheek.

Guided by faith. Way too merciful for someone who wanted to tie her life with the Templar Order. Good listener, fair judge. Hesitant, lacks confidence and sometimes vigour. Finds learning to lead very difficult. Though Wilme's faith in the Maker is strong, she believes she was saved by Him, but not chosen. Wearing the mantle of Inquisitor proved to be trying, but she has found her purpose in it.

Nervous, dedicates her spare time for careful preparation and quiet contemplation in prayers. Puts her trust in the Inquisition's advisors and thorough planning.

Scared of death to death.

Slow and somewhat clumsy, but makes up for it with powerful and accurate shots. Higher-than-average endurance. When focused and controls the situation, can be very efficient on the battlefield; needless to say, such conditions are rarely met.

As an adopted daughter of Bann Treveyan of Ostwick, Wilme could never claim any legacy of Trevelyans, and, being the youngest child of the family, chose to dedicate her life to the Chantry. Her father, a sea captain, who found and saved her in Amaranthine docks, gave her everything he could, including her name, despite evil tongues mocking it and calling Wilme his bastard daughter. As the youngest (and adopted) child, she was steered towards the Chantry by her family, to serve as a sister, but Wilme has chosen a different path. After her training, on a pilgrimage to the Temple of Sacred Ashes to undergo a Templar Vigil, her fate was sealed.

After declaring the Inquisition to be Divine's Shield and reducing its size significantly, remained a faithful servant of the Chantry, and aided Commander Cullen in creating and, later, coordinating the centers of templar rehabilitation.

Found it to be quite difficult to form connections, but in the end it proved to be a wholesome experience. Most of the key members of the Inquisition found the Inquisitor to be quite charming, although in her own quiet, reclusive way. When in Skyhold, frequented visits to Mother Giselle and Cassandra for counselling. Enjoyed listening to Solas' stories, hours of length. Cassandra and Cullen were her mentors, eventually, she fell in love with the latter. 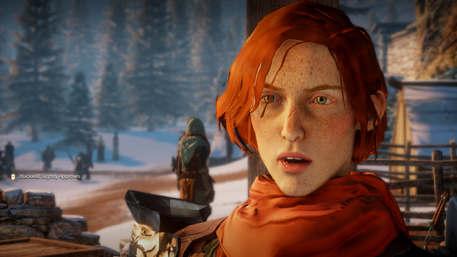 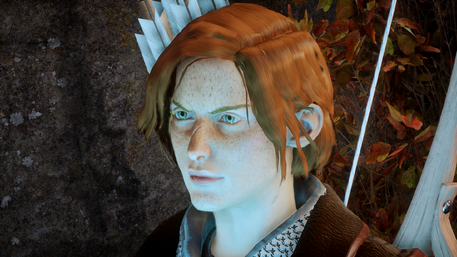 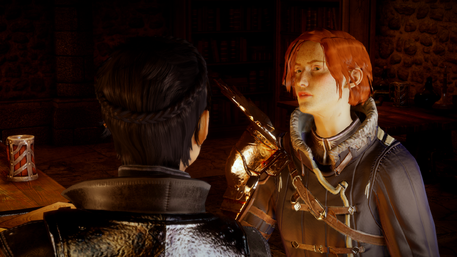 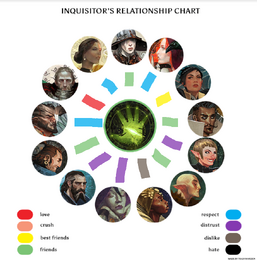 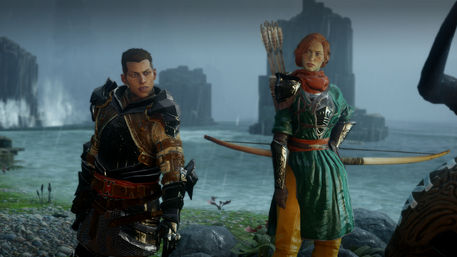 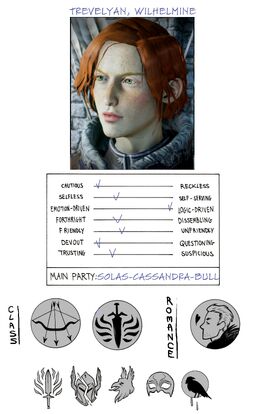