Eddard Trevelyan (born 9:07) is the older brother of Catherine Trevelyan and was a notable member of the second Inquisiton.

Eddard has signature Trevelyan tanned skin and messy brown hair, as well as blue hazel eyes. He keeps a little scruff but doesn't grow out his facial hair.

Eddard is pro mage freedom. He is extremely overprotective of his little sister and frequently embarrassed her in front of her friends.

Here's what Your NPOC is good at. Doesn't have to just include killing things.

Eddard was taken to the circle at a young age. He frequently wrote letters home and disliked the tower. After surviving the conclave he joined the inquisition.

Eddard helped the inquisition in places it needed to be helped;

Describe their relationships with established protagonists/characters in the universe. Who are they known to? Who are they loyal to?

He dislikes nugs. "What? Their feet are creepy!" 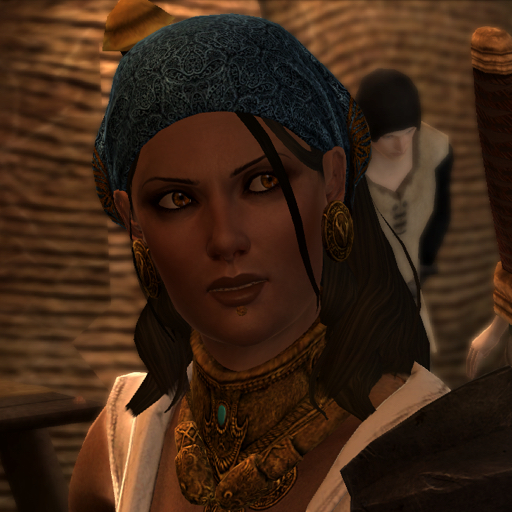