Ayelet "Yel" Lavellen is a Dalish archer from the Free Marches. She has reluctantly accepted her role as Inquisitor and operates through pragmatic trial-and-error.

Ayelet follows Garrett Hawke (Champion of Kirkwall) and Myriani Surana (Hero of Fereldan) in this timeline.

Ayelet is of average height for an elf, standing at 5'0" and has a petite, slightly pear-shaped frame. Her eyes are large and golden-green in color. She has a round, slightly upturned nose, full lips and warm medium-brown skin. She also bares a vertical scar across her right eye from an accident as a teen. Her vallaslin is Ghilan'nain's and is blood red in color. Her dense curly hair is dark brown, and usually falls just below her shoulders. True to in-game representation, the left side of her head is shaved, and she often braids a bit to seperate the shaved and unshaved portions.

Ayelet is a master of snark and a bit of a ball-buster. Though many misconstrue her comments as rude, her closest friends know that the jabs are good-natured and she fully expects to be roasted in return. Yel is often heard making bad puns or jokes that no one else is laughing at (except maybe The Iron Bull). Underneath the sarcasm, Yel is kind and empathetic; she cares deeply for her family and friends, and hates the idea of anyone sacrificing themselves for her.

Her sentencing decisions usually involve exile or service, only resorting to execution for the worst offenders. At times Ayelet can be impulsive. This is simply due to inexperience with human and Chantry politics. She tries very hard to make decisions that will impact as many Thedosians in a positive way as possible, but learns that making everyone happy is impossible.

Ayelet is, obviously, an accomplished archer and was the former Second to clan Lavellan's Master Hunter. She's chosen to specialize as an assassin. Her favorite fighting skills are Leaping Shot, Twin Blades, and Mark of Death. She enjoys collecting legendary bows, now that she has the financial resources to do so.

Besides filling things with arrows and daggers, Yel has enjoyed learning to read in Common and Tevinter. Once she learns, she becomes a voracious leader. Her favorites are Fereldan fairytales and elven histories. Caring for her red hart, Nima, and her cat, Vherise, take up a good portion of her attention. She hasn't been able to have a pet cat before, as they can't easily travel with a Dalish clan.

She also dabbles in alchemy, making simple healing potions and poisons in which to soak weapons. This requires a bit of skill in gardening. Ayelet learns how to care for plants during her time as Inquisitor, but her real strength lies in identifying wild herbs. 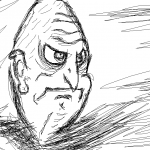